Anonymous forms are excellent for surveys, polls, or feedback forms. They differ from regular forms in a few ways:

How to Make a Form Anonymous

To make a form anonymous, simply open the form, click on "... > Get URL", enable public access, and check the option "Enable Anonymous Submissions".

Then just copy the URL and share it with whoever you want to fill out the form. Note that you can still use the same form in a non-anonymous way by sending it to a client through IntakeQ.

When using anonymous forms for surveys, make sure to take advantage of multiple choice questions as those can be seen in the Analytics section and will give you a nice report like the one below. 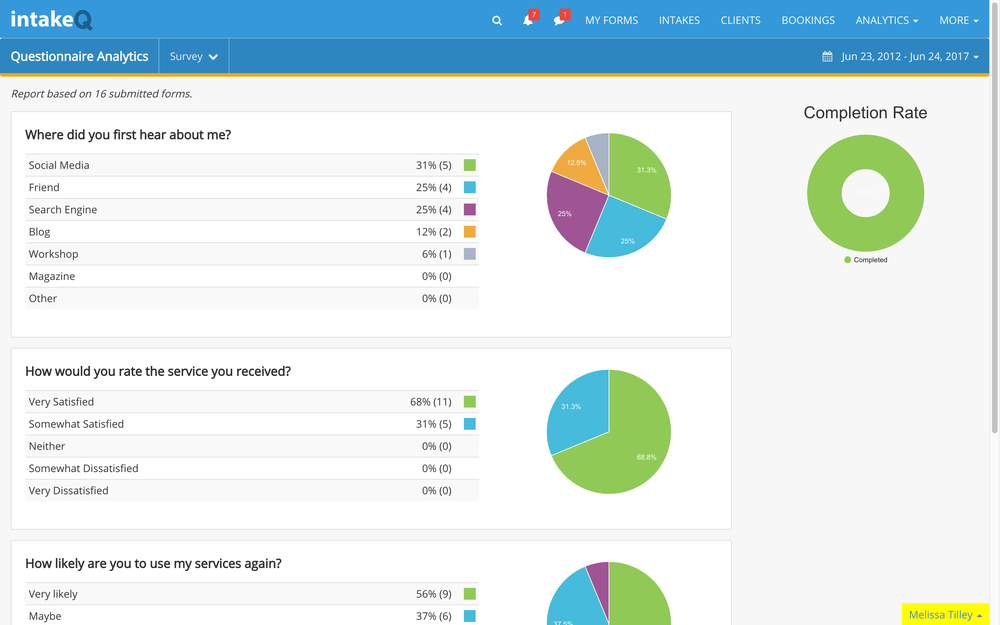