When you have too many form templates, you may want to start organizing them into folders. IntakeQ offers the ability to create folders under the "My Forms" menu, and allows you to drag and drop forms into them.

The animation below shows the basics of creating a folder and moving some forms into it. Then we go into the folder and move one form out of it by dragging it into the "Back" box.

Using folders will also organize the list of forms in the dropdown list used to send forms to clients. The list of forms will reflect the folder hierarchy, as seen in the image below. 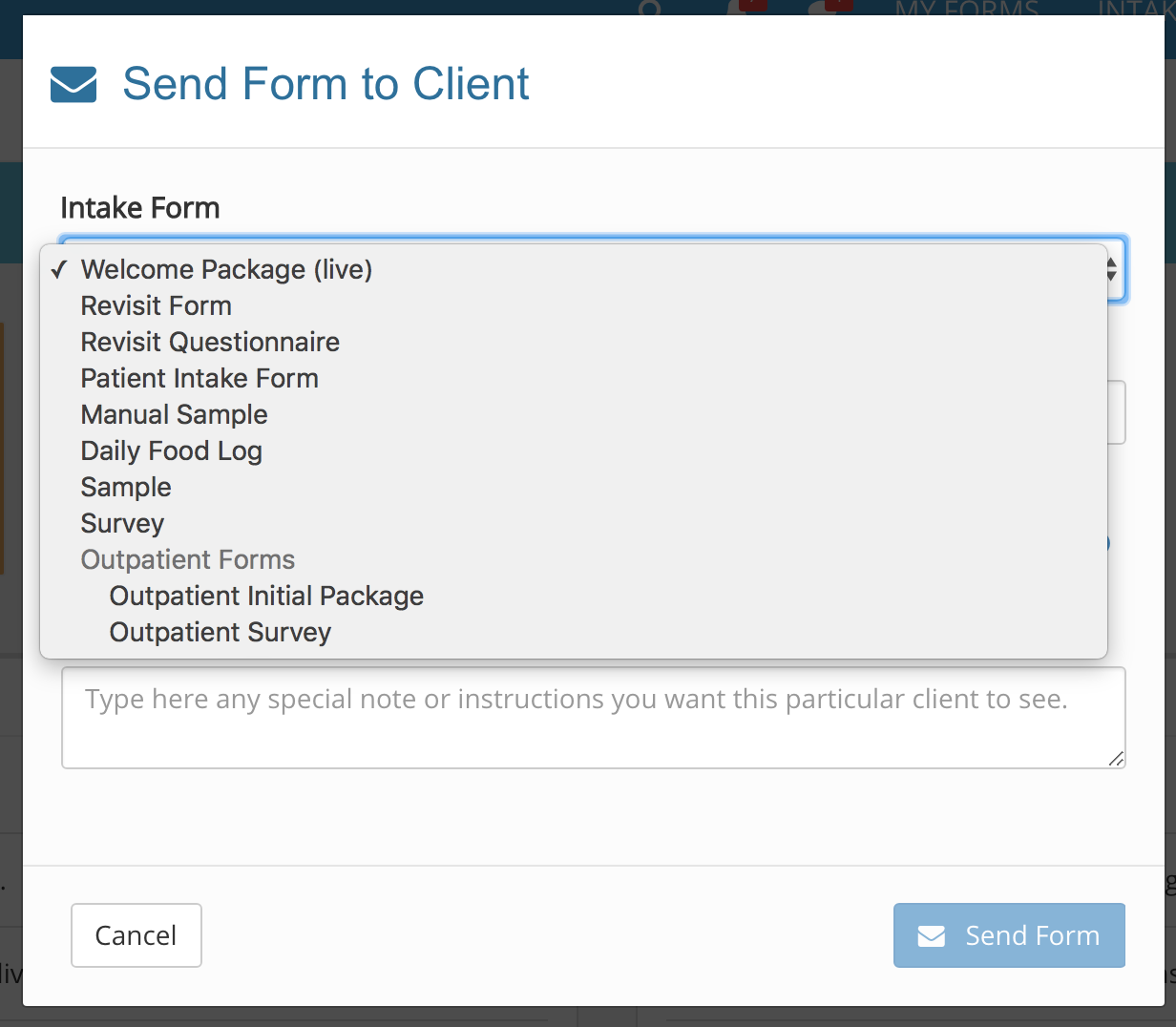