Superbills for appointment packages are a bit more complex to work with depending on the specific situation, and the system handles the validation on them in a different manner as well.

IMPORTANT: If you need to generate multiple superbills over time from a single appointment package invoice, you'll most likely want to disable superbill storage, otherwise you'll need to delete the stored superbill each time you try to create a new one for that package. This article will show how to do things with superbill storage off.

Generating a Superbill for an Appointment Package

Initially generating a superbill for a package is no different than for an individual appointment, you'd start from inside of the invoice tied to that the package. My example below shows the package and associated paid invoice, as well as how to access the superbill details for the invoice: 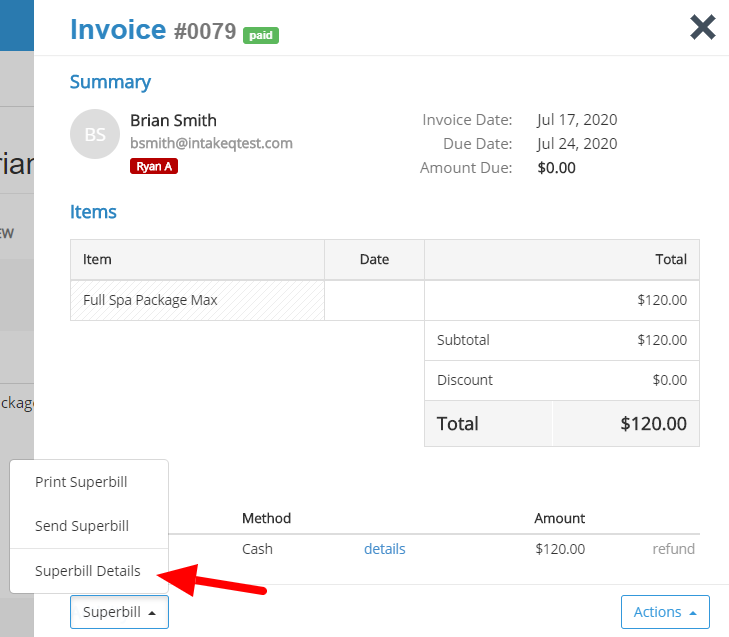 From inside of the superbill details you'd want to use the "X" next to each appointment that you don't want to include in the superbill to remove it. 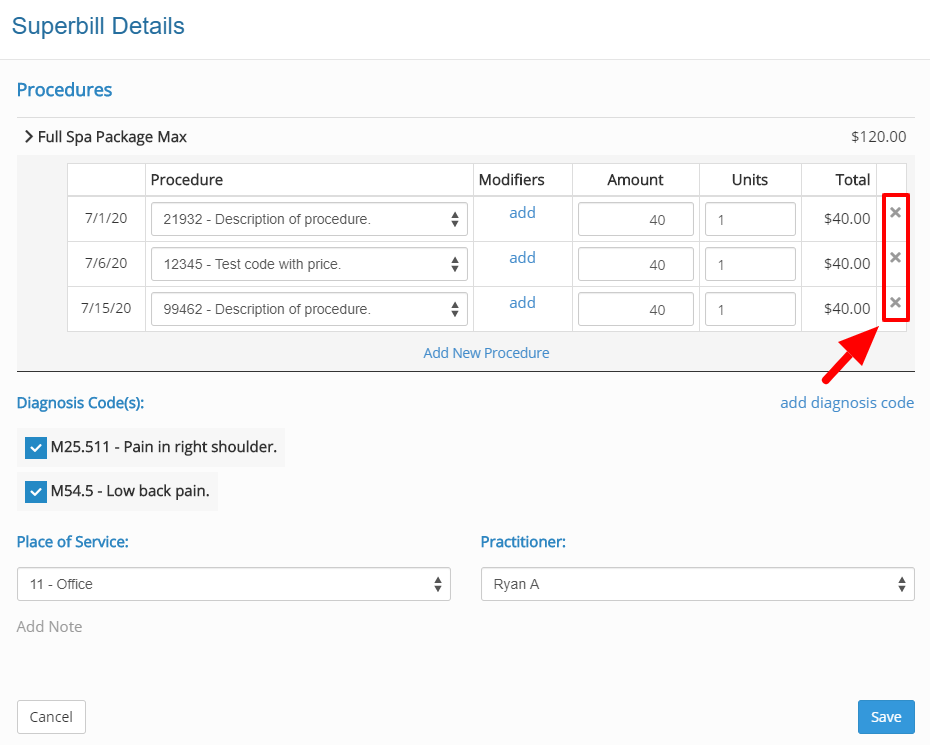 Based on the examples I showed above, I went ahead and removed the third appointment, below is the end result as to how the superbill displays in this specific case (the amount paid will vary based on if the client has paid the full invoice or not): 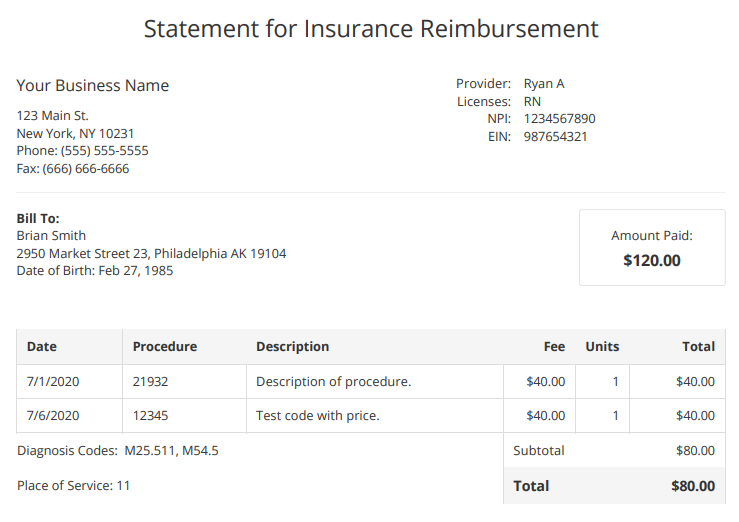 Generating a Second Superbill from the Same Package Invoice

The next thing that many will want to do if they generated a partial superbill for a package (as I did in my examples above) would be to generate a second superbill (also would apply if doing it more than two times) for that same package. You'd do it from the same invoice, but it's a bit more of a manual process to adjust it to get in the appointments needed.

First you'd open up the existing superbill and delete any procedures that you already included in a previous superbill (using the "X) buttons as noted further up in the article). From there you'd want to add the other appointment back again, which is a manual process. Click "Add New Procedure", then set the date, procedure, and any other info that applies. For my example scenario, I'd end up with the following when creating a superbill for the last remaining appointment in my package: 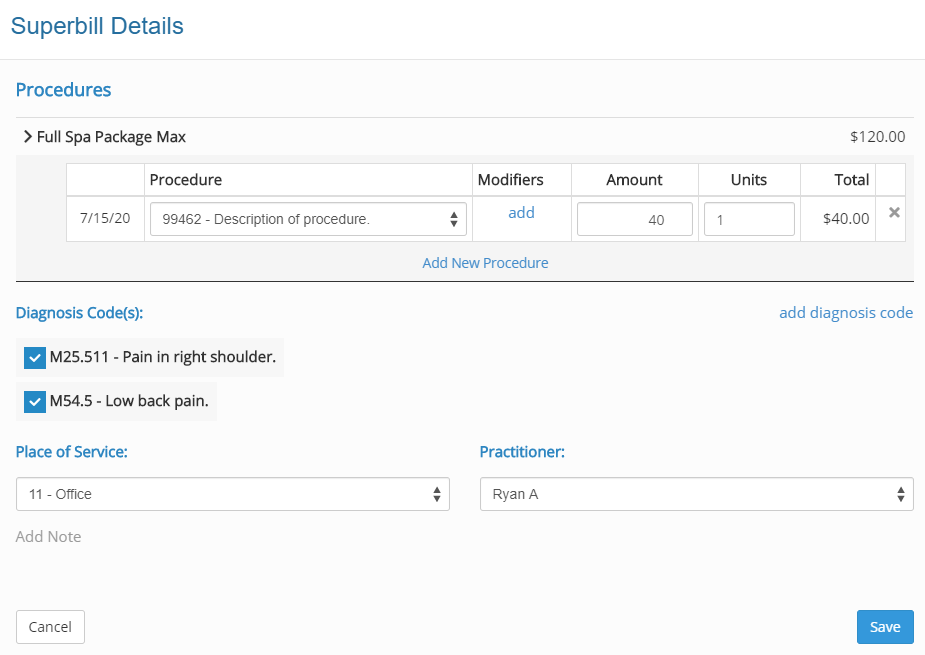 From there you can generate the superbill as usual, and the output would only contain the one appointment procedures, not the ones that you manually removed. Below is the output of my second superbill for that same package invoice: 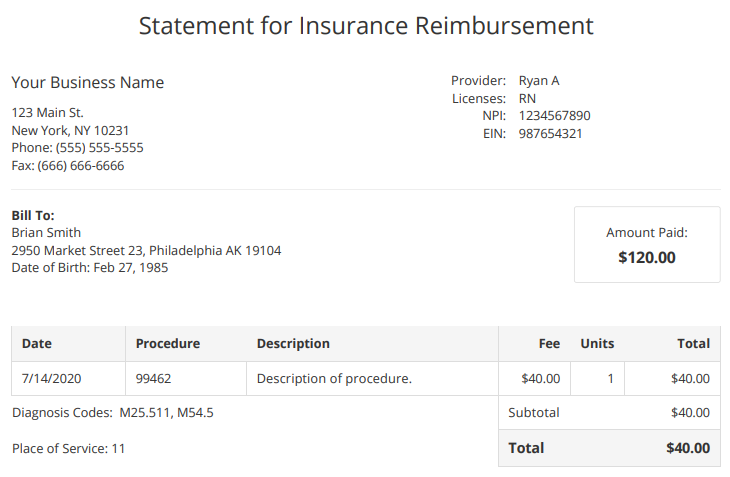